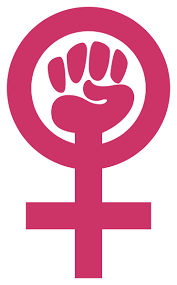 I'm an avid New York Times reader and although I'm not always happy with their coverage, occasionally, I'm thrilled with it. For instance, Judith Warner's piece the other day that manages to bring in hymen reconstruction surgeries, purity balls, children's books about plastic surgery and men in Austria who torture their daughters. It's a provocative look at the status of women around the world and the ways in which cultural mandates to "protect women" are at their root, harmful. The vast majority of societies are terrified of female sexuality; let women have contraception, go to work, chose when to raise children, live in non-heterosexual or non-monogamous relationships and the whole world will be turned upside down. Why? I don't know, that's just how they see it and this viewpoint is damaging to all of us.Warner says of the man in Austria:

Fritzl, a self-described ?man of decency and good values,? had imprisoned his daughter after she began staying out all night and drinking. ?I had to create a place where I could keep Elisabeth by force if necessary, away from the outside world,? he confessed.

And of purity balls:

?Fathers, our daughters are waiting for us,? Randy Wilson, one of the ball?s organizers, said at the Colorado Springs ?Purity? event. ?They are desperately waiting for us in a culture that lures them into the murky waters of exploitation. They need to be rescued by you, their dad.?

And then she puts them together:

I don?t want to take this analogy too far. I don?t mean to imply that there?s any equivalency between Josef Fritzl?s acts and the Purity Ball. Fritzl?s actions were uniquely horrific, and I am not accusing the men who danced in Colorado Springs of any crimes. But there is nonetheless a kind of horror to their obsession with their daughters? sexuality. There is a dangerous boundary violation contained in their vow ?before God to cover my daughter as her authority and protection in the area of purity.? And there is even greater danger to the fact that this particular aspect of the nationwide ?abstinence movement? has not been broadly denounced as the form of emotional violence against girls that it indisputably is.

Beyond my own interest in drawing these connections, this article points out the importance of what places like Babeland strive to do every day. Walk in Babeland's doors and female sexuality is not to be feared, controlled, or repressed; it is to be celebrated and prioritized. Women's sexuality is seen, not as a destructive or terrifying force, but as natural and possibly empowering. Babeland isn't here to make anyone live their lives in a certain way, but we are here to help people as they journey towards healthy sexuality without repression or guilt. When I read articles like Warner's New York Times piece, I'm grateful for the opportunity to fight these negative forces by contributing to a safe space for female sexuality.

$5 Off Your Next Order

Receive $5 off your next order
when you join our email list
We value your privacy. Your information will not be shared or sold.